Renovated kitchens and bathrooms, new windows that let in a ton of light, and every variety of porch, balcony, and deck: These are among the most popular home improvement projects people are undertaking in 2022, according to a Houzz poll.

Realm analyzed the top 10 most popular projects from about 2.8 million listings and permit filings from single-family homes in the U.S. in 2022. The four regions examined in this story—Midwest, Northeast, South, and West—are geographically defined by the Census Bureau. In this analysis, the most common home renovations in the nation were determined by averaging how each renovation ranked within the four geographical regions of the U.S.

People in all four regions installed solar panels, painted the exteriors of their homes, put in water filtration systems, remodeled bathrooms, installed or replaced windows, and renovated their decks. But some renovations weren’t prevalent in some regions, like finishing a basement.

Keep reading to learn more about the most common home renovation projects regionally across the U.S. and why they are popular in specific regions. Extreme weather wreaks havoc on driveways, making them popular renovation projects in the Midwest, where winters are intense and weather swings wildly in both directions, and the South, where heatwaves and other major weather events can cause buckling.

Asphalt can be damaged by the weight of snow and also by rock salt, which speeds up deterioration from freezing and thawing throughout many seasons. On the other end is extreme heat, which can also cause driveway expansion and contraction. Eventually, homeowners in both scenarios may be left with badly damaged or collapsing driveways.

In some areas of the Midwest, temperatures drop below zero and, at other times of the year, climb above 100 degrees. Precipitation is typical, including snow in winter—with Minnesota’s most Northern area, the region’s most Northern state, receiving an average of 70 inches of snow a year. The Midwest also experiences tornadoes, with the state of Iowa experiencing an average of 48 every year.

Hurricanes and tropical storms hit hard in the South, where more than one-third of adults in a 2021 Pew Research Center survey reported they experienced extreme weather within the previous year. Every day, almost 80% of Americans cook at least one hot meal at home, according to the U.S. Energy Information Administration. That’s a lot of time spent in the kitchen daily—and that’s not even counting the time spent eating at the kitchen table or standing in front of the fridge searching for snacks. In the Northeast, kitchen remodeling was among the top 10 most popular projects. In this area, homes are older than in other areas of the U.S., with a median age of 51 years old, so homeowners in aging homes may feel more motivated to make upgrades. As one of the most high function, well-used rooms in the house, kitchens often have a constant stream of trendy new appliances, finishes, and storage offerings introduced every year.

While many homeowners might dream of upgrading to a Food Network-inspired kitchen, Remodeling magazine notes that major kitchen renovation can cost more than homeowners may see in return when it comes time to sell. In a 2022 study, it found that a major mid-range remodel cost an average of $80,809, but the value at sale averages $45,370. But for homeowners who aren’t focused on a return on their investment and want to enjoy a more modernized kitchen while they live in the house, remodeling continues to be one of the most popular choices. 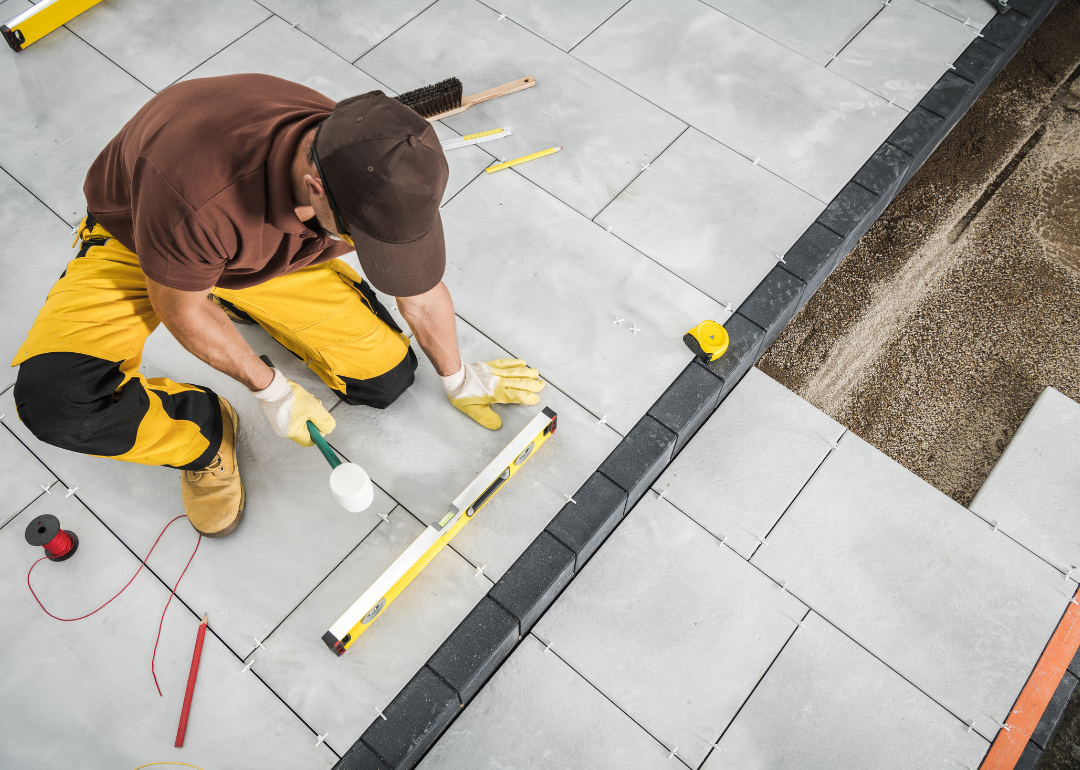 The COVID-19 pandemic also drove people to gather outdoors more often, likely leading many people living in homes without patios to add them. 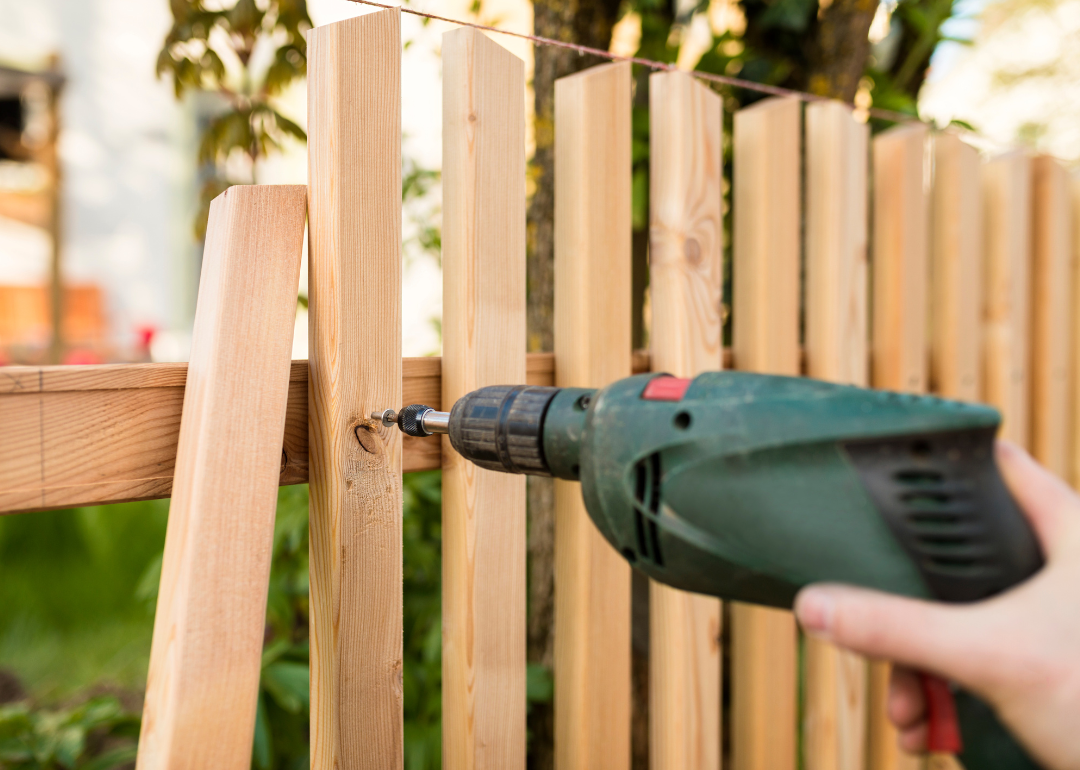 U.S. lawns occupy between 60,000 and 65,000 square miles of the nation’s land—about enough grass to cover the state of Florida. After World War II, when many Americans began moving from cities into suburban developments, lawns—especially backyards—became a staple, a desirable private outdoor haven.

And around those backyards, fences are standard for privacy, safety, and aesthetics. HGTV even says it’s becoming trendy to install a “good neighbor fence,” making property lines clear and making the home and landscaping look better. 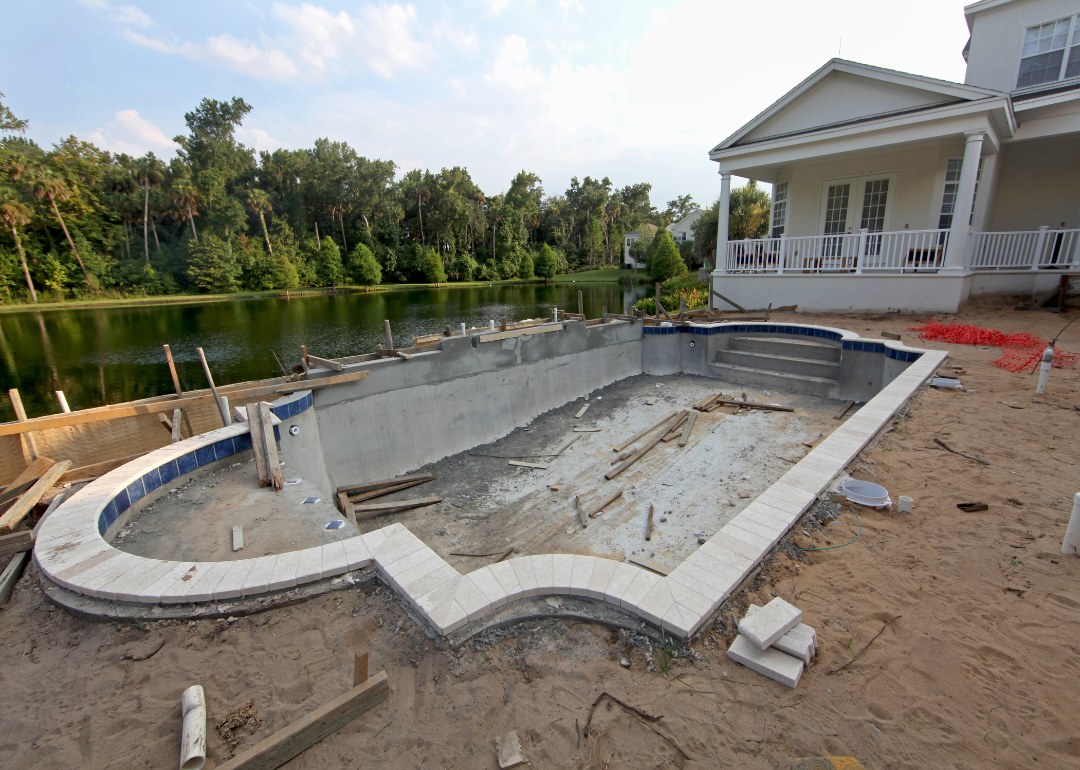 The South is home to several states often considered to have some of the best weather in the nation, including Texas, Florida, Georgia, South Carolina, North Carolina, and Louisiana. Arizona and California, in the Western region of the U.S., also have great weather, with relatively little rain and frequent moderate temperatures. With so much sun and even hot weather, a pool is a highly coveted addition to a home. 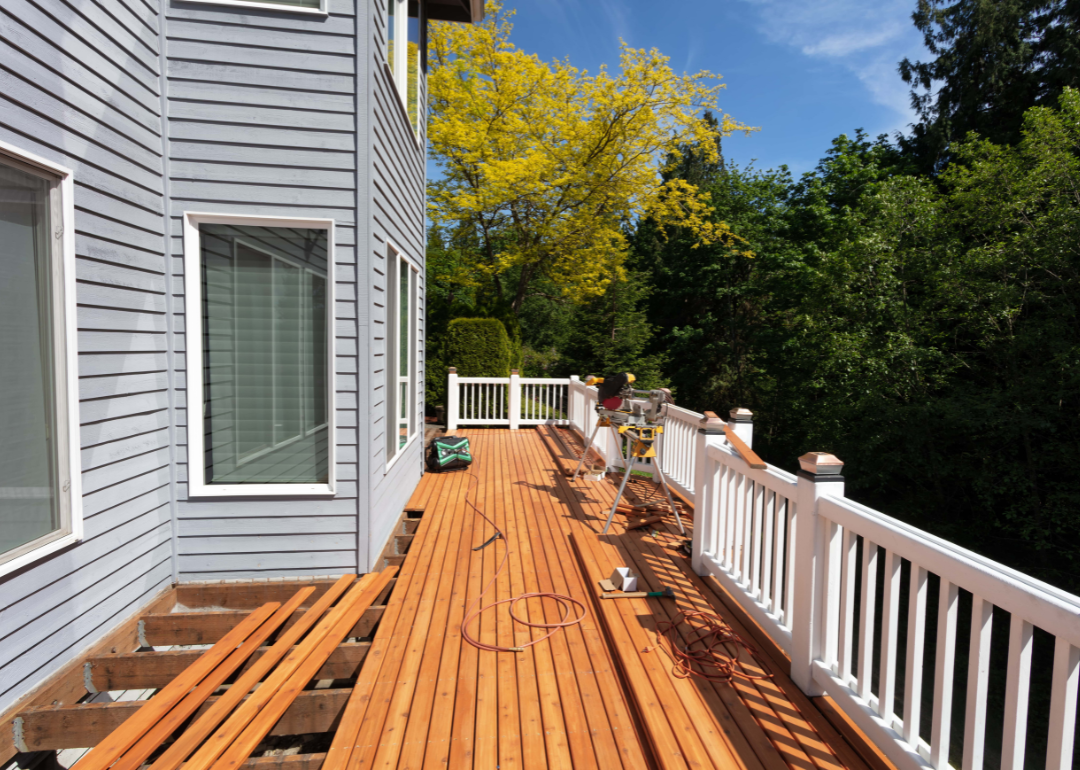 Most Americans filter their water—roughly three-quarters of them, according to a 2022 survey by Aquasana, a company that makes and installs filtering systems. Historically, Americans are most concerned about lead in their drinking water, but in 2021 people were also worried about bacteria and viruses associated with the coronavirus pandemic. Those concerns may help explain why water filtration systems were some of the nation’s most common home renovation projects.

Climate change has also hurt water quality in many parts of the U.S.—which may be another reason water filtration systems are prevalent. In Western states, where wildfires are common, residents have to worry about them contaminating their wells. In the Midwest, which experiences heavy rain, problems can arise when rain overwhelms the septic or sewer systems—or washes nitrate-containing fertilizer off farm fields. And in Southeastern states like the Carolinas, Georgia, and Florida, hurricanes have sent toxic flood waters into wells. 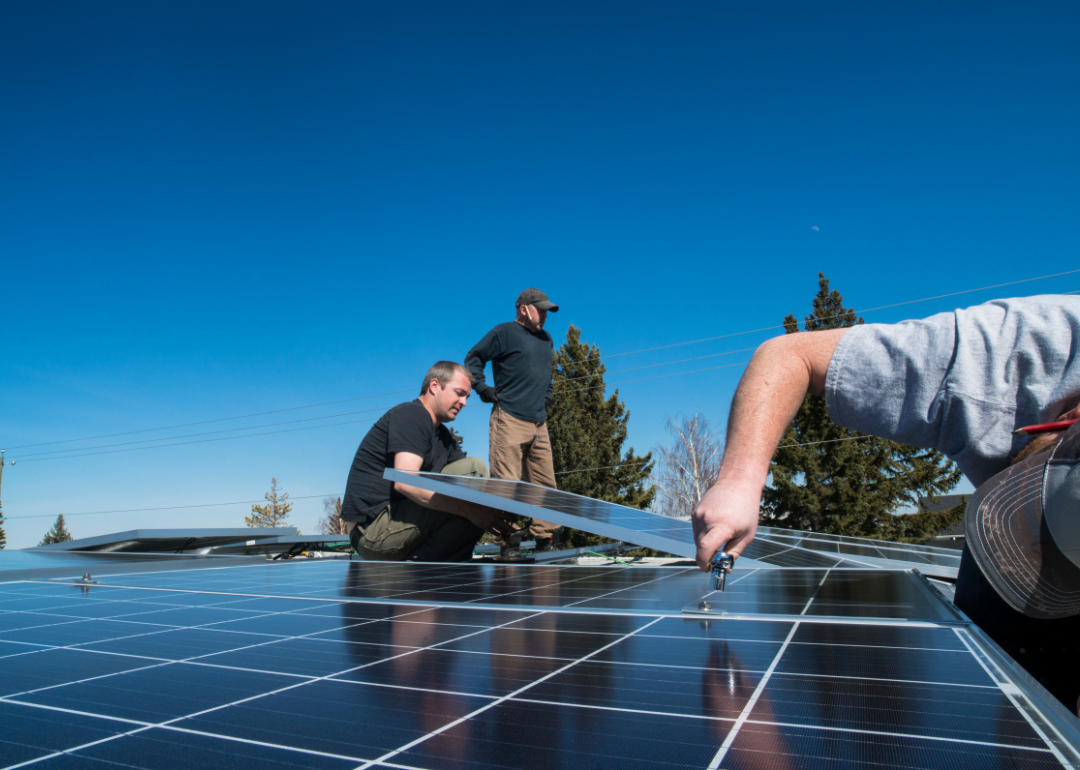 Californians in March 2021 were paying some of the highest electricity prices in the nation—as much as 80% more than the national average. In a market like that, paying for solar panels to get free electricity from the sun seems like an even better deal than it would be elsewhere.

The sunniest states in the U.S., from first to 10th, are Arizona, New Mexico, Nevada, Texas, California, Colorado, Oklahoma, Kansas, Utah, and Florida. And many of the states with the best tax incentives for installing solar panels are in the Northeast. 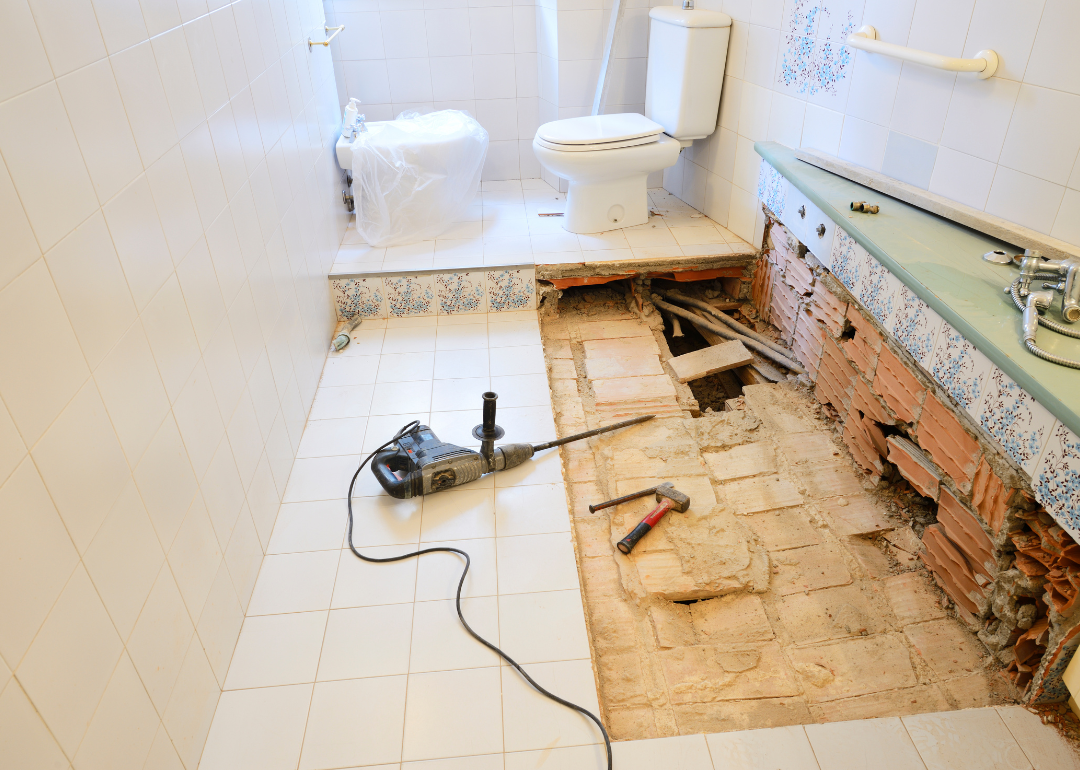 Can’t stand the style of your bathroom? If so, you’re in good company, according to Houzz. The home remodeling website surveyed 2,500 homeowners and found that 48% of homeowners renovated their bathrooms because they were fed up with how it looked. Not surprisingly, 90% of renovations included a change in the bathroom’s style, the survey reported.

No matter which region of the country homeowners live in, a shower and toilet that are in good working condition are essential to daily comfort, and strong motivators to renovate bathrooms that have seen better days. Remodeling trends point to upgrading showers as the most popular change in bathrooms, according to the Houzz report. Updating a vanity and improving ventilation were also popular bathroom renovation choices in 2022. 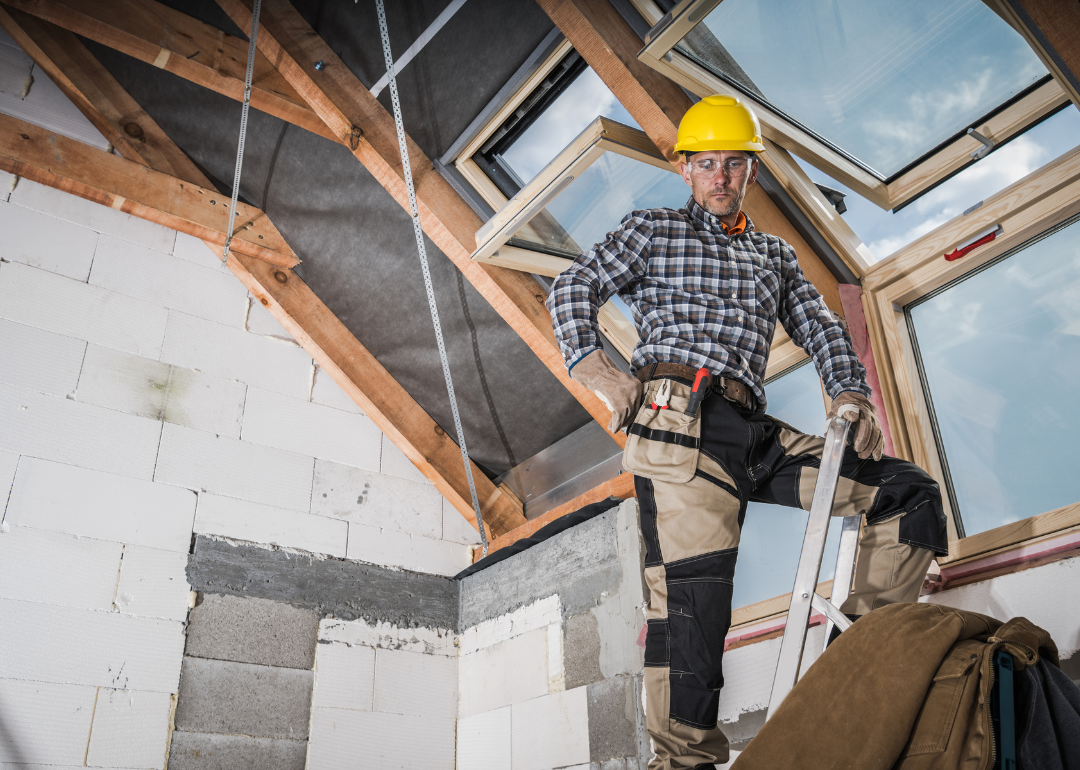 The Midwestern states of North Dakota, Minnesota, Michigan, and South Dakota are the states that have the worst winters. The Northeastern states of Maine, Massachusetts, and New Hampshire are lower on the list. Better insulation could be why window renovation projects are so common in the Midwest and Northeast.

In the South, the reason might have more to do with damage from major storms such as Hurricane Ida and Tropical Storm Nicholas. In severe storms, windows often end up with significant damage. 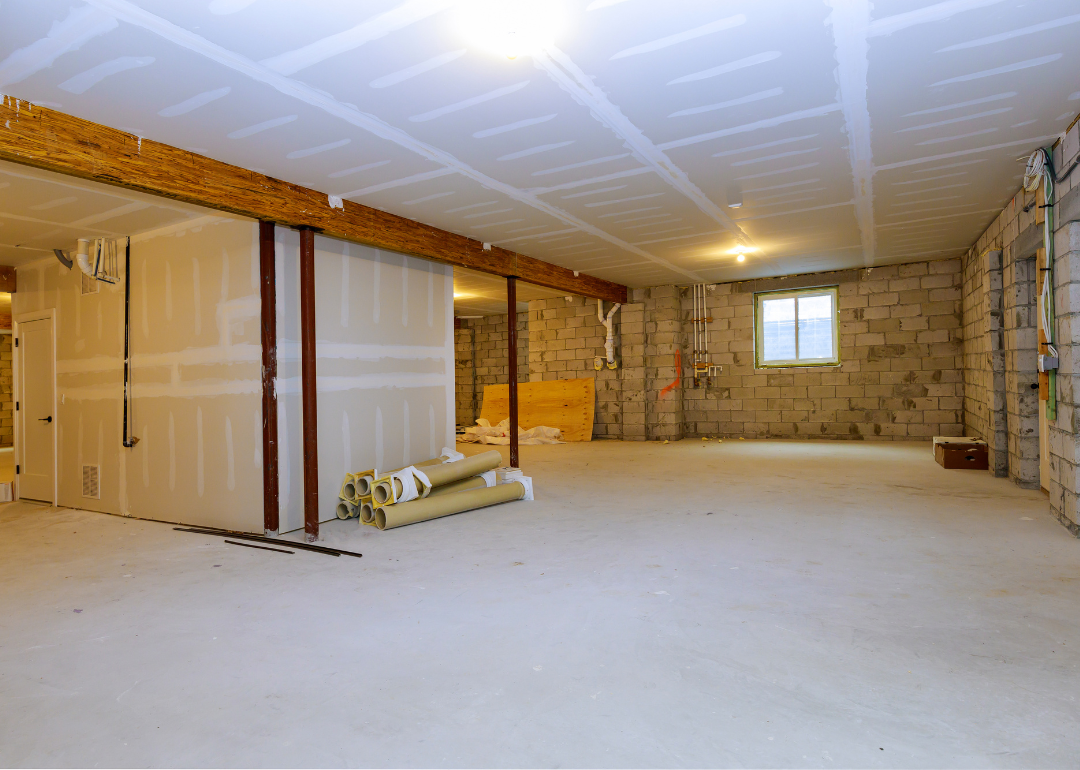 Basements are more common in Midwestern homes than in any other region. And they’re most common in Tornado Alley, which includes the states of Kansas, Missouri, Nebraska, Iowa, South Dakota, and North Dakota.

In colder climates, like the Northeast, water in the soil freezes in winter and can damage a home’s foundation, causing additional problems like cracked pipes, walls, or ceilings. Digging a basement at least 2 feet below what is called the “frost line”—the highest point in the soil where the soil freezes—can help reduce the risks of these problems. 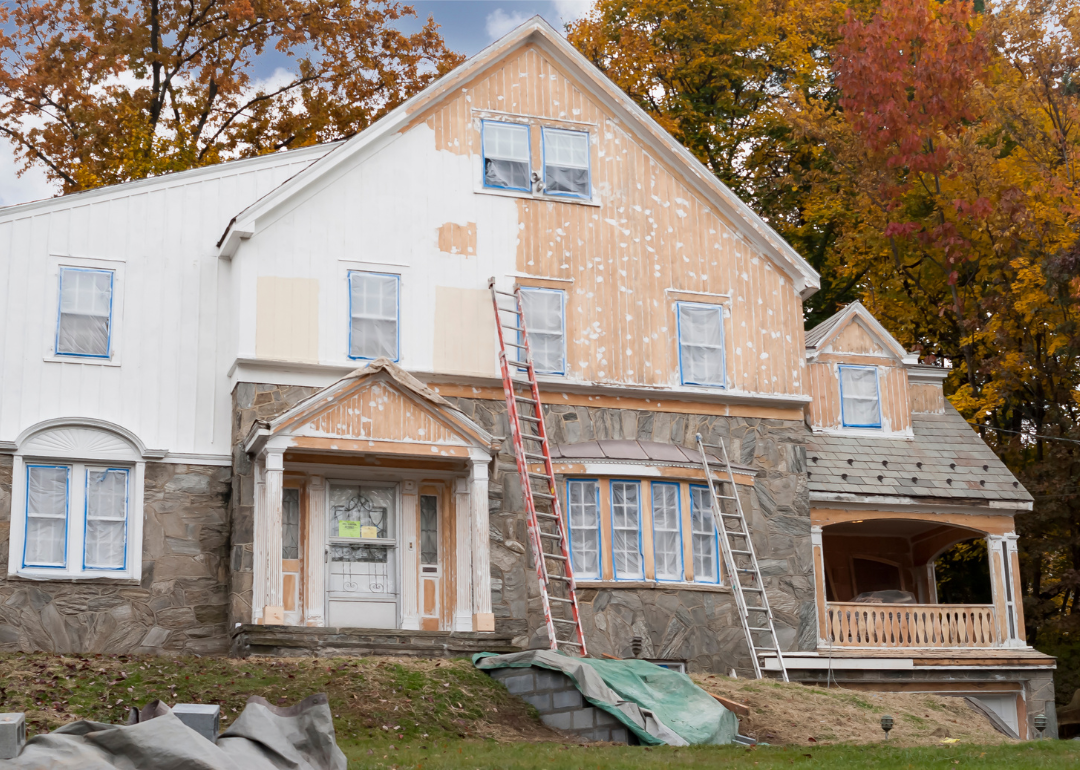 One of the most affordable home renovations is painting the exterior. Having a professional do the job can cost around $3,000 for a two-story house—and doing it yourself can cost from $500 to $1,000. Given the relatively low cost, it makes sense that exterior painting is ranked no lower than #5 across the nation. 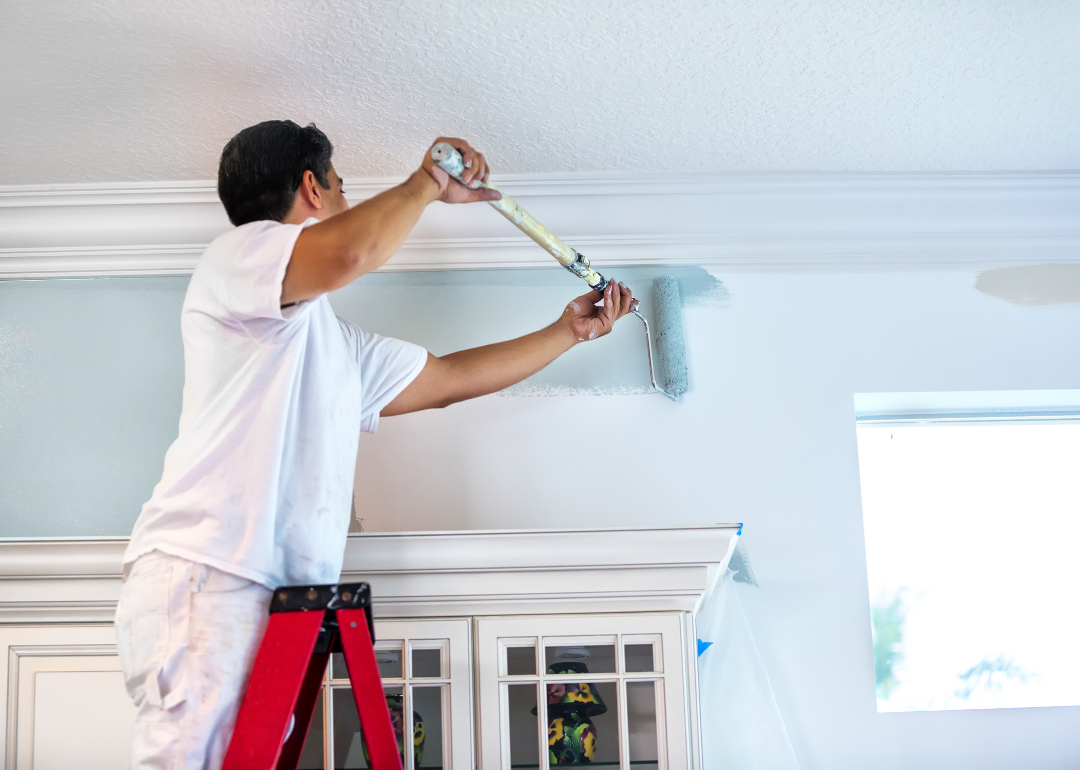 Like exterior painting, interior painting is also an attractively inexpensive home renovation. Professionals often charge between $150 and $700, but that can depend on how many rooms are involved. DIY repainting is even cheaper, as it’s mainly just the cost of paint and a few basic supplies.

This story originally appeared on Realm and was produced and
distributed in partnership with Stacker Studio.

How Much Does It Cost to Renovate a House?