What if you could buy a new home designed to your specification, ready to live in within a quarter of the time it normally takes to build a new house, while leaving just half the carbon footprint of other construction?

As Americans strain under the weight of a housing shortage, an Israeli-founded and led company in San Mateo, California, Veev, is promising to do just that, remaking pre-fabricated construction by innovating new ways to put homes together quicker, greener and more efficiently than many other types of building methods.

One of very few unicorns operating in the construction technology space, Veev started out in 2008 as just another real estate asset manager. It pivoted about five years ago, changing its name from the Dragonfly Group along the way. Today, it is building a number of high-end projects in northern California, looking to begin scaling up to larger projects in the southern part of the Golden State as well as Texas. The company pulled in a $400 million investment in March to expand its operations in the US and bolster its 100-strong R&D team in Tel Aviv.

While the materials used to build homes have changed over time, many other aspects of the construction process have remained the same for hundreds of years. The deeply fragmented process involves bringing in at least a dozen subcontractors and around 200 laborers on a typical job, to each deal with a different aspect of the home, from excavation to carpentry, from lighting to landscaping. Every trade has its own building materials and schedules. In a best-case scenario, each is concerned with delivering top-notch work for their jigsaw piece but doesn’t look at the project as a whole.

The founders of Veev spent years scouting for innovations in the market and rethinking the process of building a home.

Prefabricated modular homes have been a part of the American landscape for nearly a century and worldwide. The pre-fab housing market is currently estimated to be worth some $153.7 billion by 2026, with the highest demand in the US and China, followed by Japan, Canada and Germany. The North American market is growing by 2% a year, and is estimated currently to be worth $10 billion annually, with 934 companies working in the industry.

But prefab homes are also dogged by a stigma of being cheaply made, stodgy and inferior to houses built on-site. Veev has turned that idea on its head: the company claims that by vertically integrating the home-building process and constructing much of it in-factory, it can deliver a high-quality, cost-effective and sustainable home faster than the competition.

Veev does this by pre-building the walls of homes in their factory, including plumbing and wiring, and texturizing the wall finishes. The panels, which are easily customizable, are then transported to the building site, where they snap together like Lego blocks.

Veev forms its walls out of aluminum steel framing together with a high-performance surface that is typically used to construct hospital surgical wards.

The resulting panels are stronger than traditional walls, the company says, and can be texturized and printed to any finish, allowing it to substitute for granite, wood cladding, terracotta or bathroom tiles. It is touted as maintenance-free, entirely resistant to mold and smells, does not need painting, and has soundproofing built in.

Veev says its method reduces construction costs, waste and risks associated with projects that take a long time to complete (which also add to costs). Taking architectural plans, the company builds a digital twin, modeling homes down to every square centimeter before a single piece of earth is moved.

Site inspection is reduced to a minimum as building blocks are inspected and signed off before assembly. Veev chief revenue officer and co-founder Dafna Akiva told The Times of Israel that these changes have allowed them to reduce their carbon footprint by 47% compared to traditional construction and to create homes that can be lived in more sustainably by using lower voltage circuits and smarter air-conditioning. 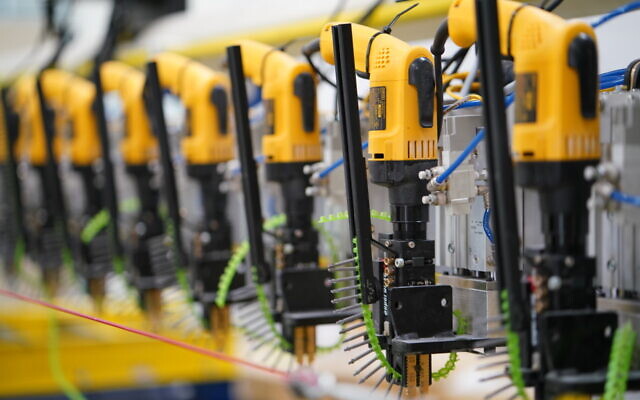 Veev is hitting its stride just as the US has been convulsed by a shortage in housing stock, with builders struggling to keep up as they deal with a labor shortage. The company’s projects, which must be near a wall factory to be cost-effective, have all been based in the San Francisco Bay area, one of the hardest hit by the shortage.

By building quickly, Veev and other companies doing prefabrication have positioned themselves as a potential solution to the crisis.

In 2020, Veev was awarded a contract to build 78 emergency housing units — each with a single bedroom and access to a common area — in San Jose, California, for people in the city experiencing homelessness. Project boosters, including Gov. Gavin Newsom, touted the speed of the project and low cost of the units: the city said each cost it $85,000, down from the $700,000 an apartment that takes years to build normally costs. 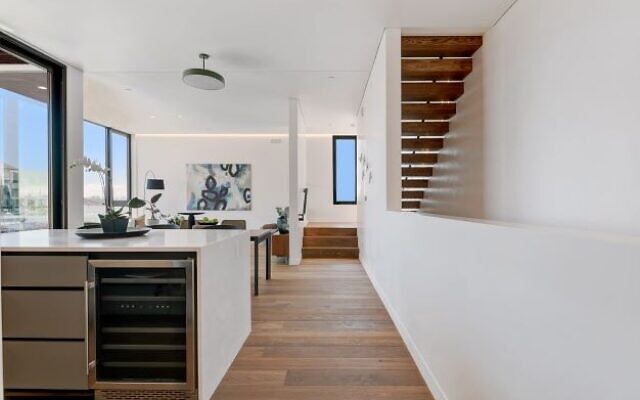 “San Jose is showing how we can build housing in four months — where it previously took four years — at one-eighth of the standard cost of development. This will become a national model for saving lives and rebuilding communities,” Mayor Sam Liccardo said in October 2020.

But in the rush to finish the homes and avoid cost overruns, Veev has been accused of cutting corners on safety, inspections and labor practices. Among other things, the city claims Veev still owes workers hundreds of thousands of dollars in unpaid wages.

Most of Veev’s projects, though, are not in public housing, but rather high-end homes that go for millions of dollars, and built in partnership with private developers.

In mid-April, a seven-bathroom, five-bedroom, 5,400-square-foot (500-square-meter) Veev home in Palo Alto went back on the market for $8.5 million (down from $9.2 million it was listed at for several months last year). In nearby San Carlos, a one-bedroom apartment in a building being constructed by Veev is listed at over $1 million.

Workers put together a wall made with Veev’s pre-fabricated process. (Courtesy)

In an interview with Haaretz in late 2020, Veev founders’ acknowledged that the costs for their approach to building were some 20% higher than luxury building in Israel, while their retail price can be almost double that.

Those prices may come down as Veev looks to expand into larger projects comprising thousands of units in less pricey markets, particularly southern California and Texas. Entering those markets will mean first building a production factory nearby, which will increase efficiency and could lower costs. 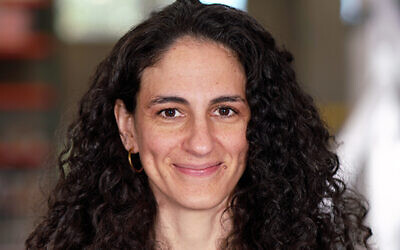 According to Veev co-founder Ami Avrahami, when asked about the company’s direction before the last funding round, the company has so far stayed away from both commercial real estate and high-rise construction, feeling that the greatest market growth potential for their ability to combine computerized production lines with customization lies in the residential space.

It also has no plans to enter the Israeli market, where housing prices are continuing their upward climb and construction costs are rising too.

Veev is far from the only company innovating home-building methods. California-based Factory_OS uses some similar technologies, albeit with a focus on cost savings. An Australian company lets homebuyers design and order a pre-fab home online, which is then shipped to them. At least two American companies are touting 3D-printed homes. Others are coming out with new tech transforming other aspects of housing construction.

And of course, there is the traditional home-building industry.

Competition comes both from traditional builders and from other innovators, along the development and construction chain, according to Akiva. “But we are the ones who reduce all that is unpredictable and create homes that don’t age,” she claimed. “Veev has re-conceived the way homes are built, and makes them a better place for the people who live in them.”